"The original station building was constructed between 1895 and 1905 as a replacement for the original terminus of the Brussels-Mechelen-Antwerp Railway. The stone clad terminus buildings, with a vast dome above the waiting room hall were designed by Louis Delacenserie and the vast (185 metres long and 44 metres high) iron and glass trainshed by Clement van Bogaert. The viaduct into the station is also a notable structure designed by local architect Jan Van Asperen. The station is now widely regarded as the finest example of railway architecture in Belgium, although the extraordinary eclecticism of the influences on Delacenserie's design had led to a difficulty in assigning it to a particular architectural style. In W. G. Sebald's Austerlitz an ability to appreciate the full range of the styles that might have influenced Delacensiere is used to demonstrate the brilliance of the fictional architectural historian who is the novel's protagonist. In February 2009, the American newspaper 'Newsweek' found that the station deserved a 4th place as world's most beautiful station."

"In 1835 the first train from Brussels to Antwerp arrived in Antwerp in a wooden station outside the city walls, in Koningin Astridplein. This structure was replaced in 1854 by a new wooden station building near the Antwerp Zoo’s current entrance: East Station.
But King Leopold II felt that Antwerp deserved a more prestigious station. In 1895 Bruges-born architect Louis dela Censerie set to work. Ten years later Antwerp’s Central Station was officially inaugurated. The station consists of an elevated railway bed, a covered steel platform hall and a monumental station building for services and ticket hall.

Antwerp’s Central Station is considered one of the most beautiful stations worldwide. Between 2000 and 2009 the monumental building was completely modernised and expanded to accommodate the high-speed rail line. More platforms were opened on two additional underground levels, an additional entrance with station hall was built in Kievitplein and space was created for shops and restaurants. The unique metal platform roof had previously been restored. In the past Antwerp Central Station was a terminus where trains had to turn around. But since 2007, trains can continue their journey thanks to the railway tunnel between Antwerp Central Station and the north of the city." 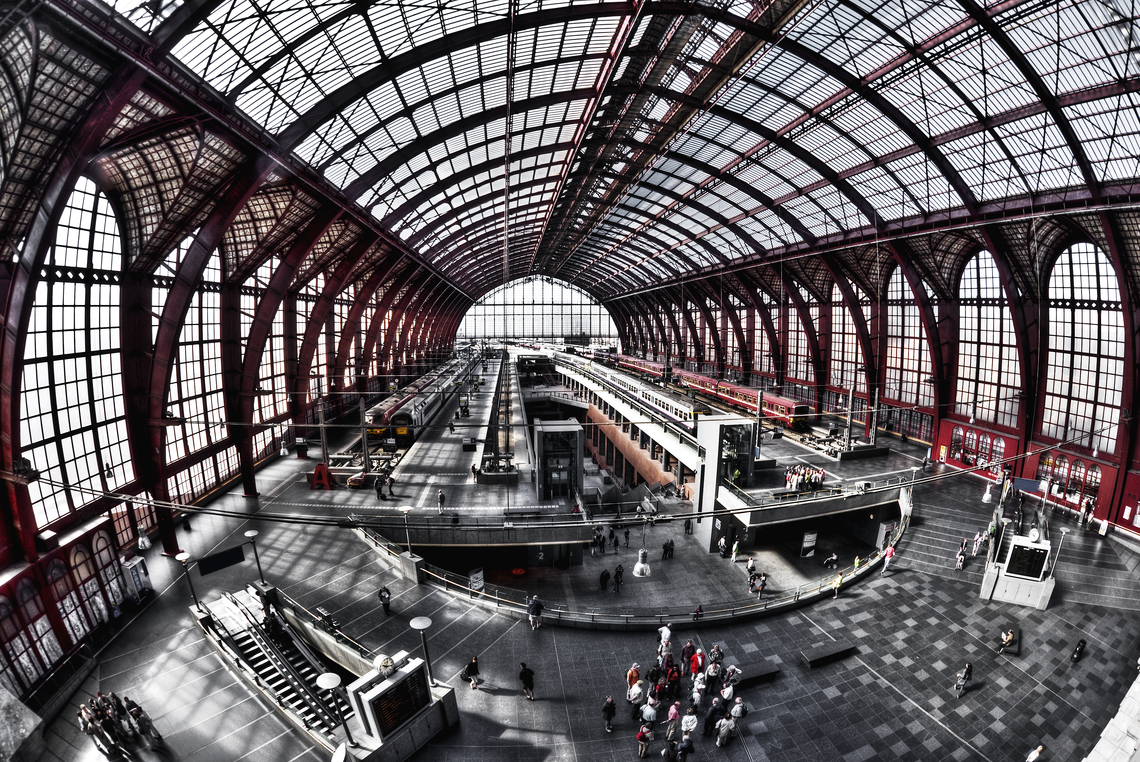