In the early sixteenth century the Augustinian Friars built St. Andrew’s Church in the popular St. Andrew’s neighbourhood, which today is also the beating heart of the Antwerp fashion industry. Inside you can see stunning Baroque altars and seventeenth century works of art such as the monument for the Queen of Scotland, Mary Stuart. The dramatic nineteenth-century pulpit is a mustsee.

The Augustine friars commissioned this church, consecrated as a parish church in 1529. Its patron saint is St Andrew. The church’s style is late Gothic, except for the upper tiers and steeple, which are characteristic of the late-Baroque era.

St Andrew’s Church suffered considerable damage during the Iconoclast and the French Revolution but was carefully restored between 1970 and 1975.

Eye-catching features include the 17th century monumental high altar, the beautiful pulpit (created in 1821) and its unique and precious reliquary of the 36 Saints. 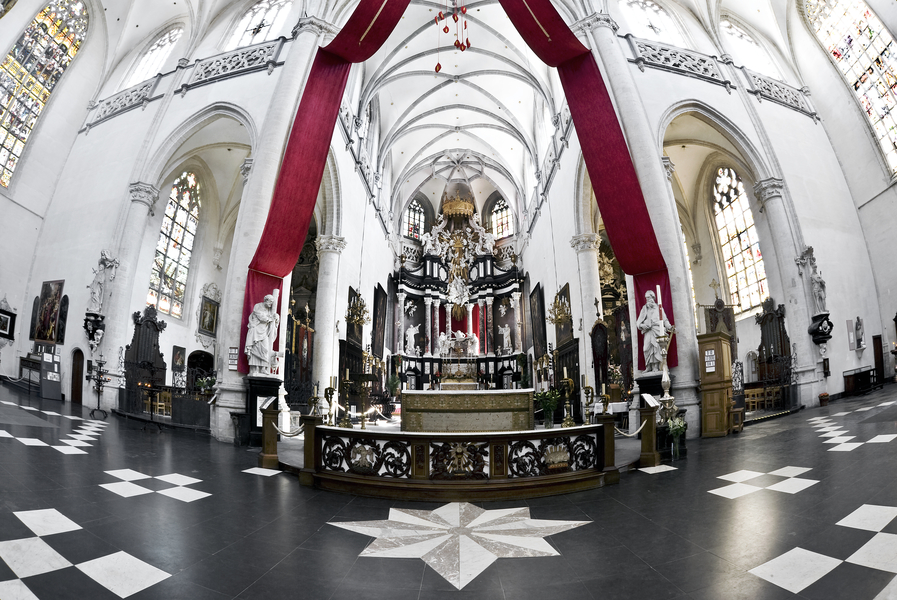