The new Snijders&Rockox House opened its doors in 2018. It was once the home of Nicolaas Rockox, the 17th century mayor, art collector and friend of Rubens, as well as the 17th century painter, Snijders. Their residences are true art temples that completely reflect the atmosphere of 17th century old-fashioned patrician homes. Even after more than 400 years, they still act as witness to a fascinating piece of Antwerp history.

Key figures of the Baroque

Rockox and Snijders were pivotal figures in Antwerp during the Baroque era. Both made their mark on the cultural and social life of their city. Nicolaas Rockox as mayor, Frans Snijders as a skilled painter of animals and still lifes. They were also neighbours for twenty years in two adjacent patrician homes in the Keizerstraat. We can see how they lived by taking a look over the shoulders of Nicolaas and Frans. Nicolaas and Frans also hosted a patrician family, the Duarte family. They traded jewels, but it was mainly due to their musical talents that their contemporaries were full of admiration. To tell their story, the Antwerp Museum Vleeshuis has donated expertise and some of its instruments on long-term loan.

Nicolaas Rockox (1560-1640) played an important role in Antwerp's public life for fifty years. Not only did he have a prominent political position, he was also highly valued as a humanist, archaeologist, patron, and a coin and art collector.

He was known throughout Europe for his fine collection of antiques and old coins. He moved in artists' circles and was good friends with Peter Paul Rubens, Antoon van Dyck and Frans Snijders; his neighbour. He also maintained good contacts with the printers, Jan and Balthasar Moretus.

Frans Snijders (1579-1657), had a great reputation as a painter of still lifes, animal pieces and hunting scenes, which he used to enable him to afford a patrician house, which is how he became neighbours with Nicolaas Rockox. Snijders was apprenticed to Pieter Brueghel II and Hendrik Van Balen. It is presumed he spent two years in Italy. In 1609, at the beginning of the Twelve Years' Truce, he had returned to Antwerp. He later started working with Peter Paul Rubens, but he also received assignments from Spain and the Northern Netherlands.

Snijders experimented with new themes. He worked on market pieces, gave a baroque feel to still lifes, and painted remarkably dynamic hunting scenes. Snijders was often asked by other artists to integrate still lifes and animals into their works. For example, it is known that he did this for Rubens. 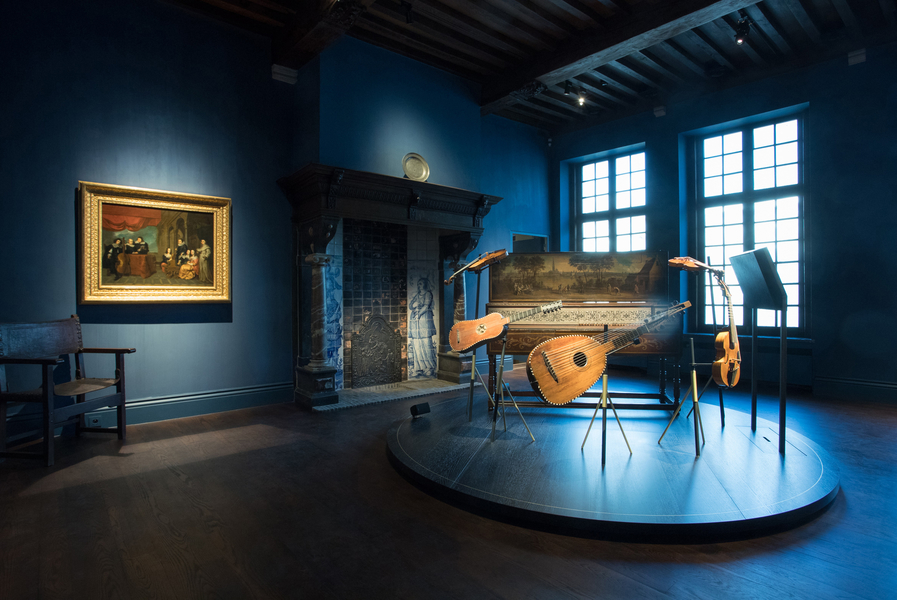 Entrance to the Rockox House is free for all on the last Wednesday of every month.

Step inside the home of the greatest Baroque artist north of the Alps.