In Rubens’s footsteps we look for examples of baroque in the city. We will soon notice that baroque is far from dead, and lives on in the streets in all its glory.

In the 17th century, Antwerp was the centre of the counter reformation and baroque, churches like the Charles Borromeo are living witnesses of that. When the city entered a new golden age at the end of the 19th century, architects looked for inspiration in this important chapter of Antwerp’s history.

Antwerp is the city of Rubens. In many spots the city still breathes a Rubenesque atmosphere. We would like to share this atmosphere with you on a walk that takes us past some important places in the life and career of Rubens. In the meantime we will notice that this Rubenesque baroque has left its traces in other ways and other periods.

How long does it take?

Our walks take 2 hours, without a break. If you wish the walk can be extended to 3 hours or more, and if you want to, we can take a break in a typical Antwerp pub.

Where do we start?

The walk starts at the “Groenplaats” in front of the Rubens statue.

€ 13 per person, only groups. Groups smaller than 10 persons pay € 130. Groups larger than 20 persons will be distributed over different guides. For very large groups, special conditions can be worked out. 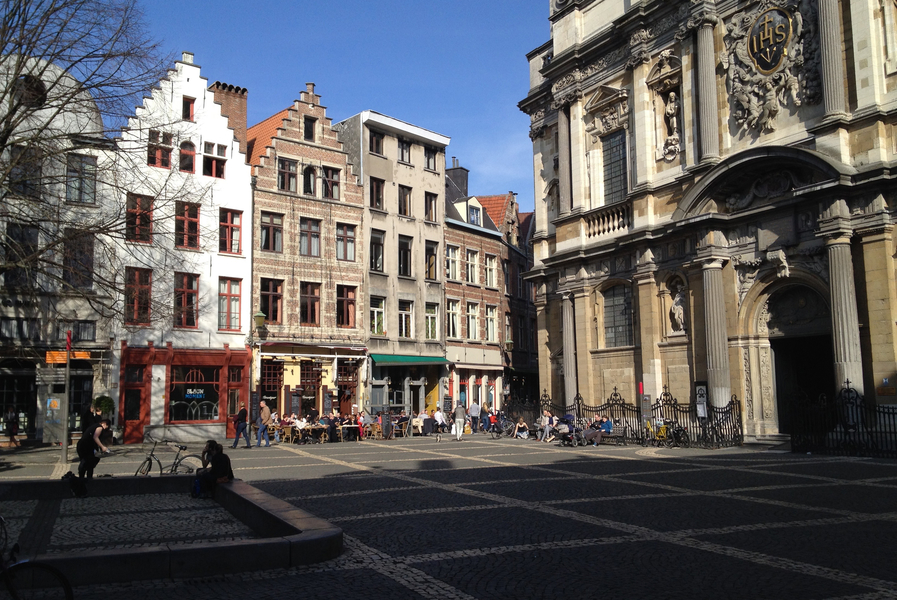