Who was Peter Paul Rubens?

Peter Paul Rubens was an incredibly successful painter, who was active in Antwerp from 1600 until 1640, during the Baroque era. As an artist, he changed the course of art history. All the great museums in the world own works by Rubens or his workshop, which speaks volumes. But what else do we know about him? Who was Rubens? And why is he one of the most remarkable European figures of the entire seventeenth century?

A man of flesh and blood

“Dear Lucas,
When leaving Antwerp, will you make sure that everything is properly locked? That there are no paintings or sketches left behind in the upstairs workshop? Will you also remind Willem, the gardener, that he should send us some pears or figs when the time is right? Or some other tasty pickings from the garden? I wish you, my dear Lucas, good health, from the bottom of my heart. Please also extend my good wishes to Caroline and Suzanne.
Your loyal friend, Peter Paul Rubens”

Peter Paul Rubens wrote this short letter to his friend and collaborator Lucas Faydherbe in 1638 from Mechelen. This note reveals that he has all the same concerns as we do. He died two years later, at the age of 63. By then he had been suffering from gout for over twenty years.

“I was in a very bad way these past days, suffering from gout and fever. To be honest, I could barely breathe, in between the coughing and the sighing.” (Rubens, in a letter from Madrid, dated 1628).

At the time of his death in 1640, Rubens was a superstar, a rich and famous man who ran a successful workshop and who owned a country estate and several other properties. By then he had received knighthoods from two kings and not because he came from a wealthy family. In fact, Rubens was born into a prominent and well-connected, albeit impoverished merchant family.
His parents were forced to flee Antwerp for several years because of the political and religious turbulence. They also had to content with financial problems. Peter Paul, their sixth child, received a solid education. The ambitious, hard-working intellectual Rubens, who spoke five languages, was proud throughout his life of his success, which he earned with hard work and dedication.

“I really am not exaggerating when I say that I have already refused over a hundred commissions, even from family members or from my wife’s family. Many of my best friends were not very pleased.” (Rubens, in a letter from 1611)

When Rubens returned in 1608 after an eight-year stay in Italy, he immediately received plenty commissions, for large-scale projects. He soon opened a workshop with apprentices and assistants, often also collaborating with colleagues. Rubens apprenticed in various Antwerp workshops, as was the custom at the time.
His busy workshop also explains the large number of works that are attributed to Rubens. While he often had a share in the workshop’s output, the measure of his contribution varied substantially according to the circumstances. The price of a painting, among others, depended on his input. His workshop was considered expensive and his clients included the Catholic church, kings and noblemen, as well as private citizens and institutions. And naturally there was also the free (art) market. Rubens had a strong business acumen, which is evidenced by the fact that he worked with engravers who created prints of his works that could be printed and sold.

“I have decided to force myself to cut this golden knot of ambition, to recover my liberty.” (Rubens, in a letter dated 1634)

Rubens maintained close contacts with kings, princes and other rulers in all the major European countries, which is remarkable for an artist. The Spanish Habsburgs entrusted him with diplomatic missions. While they already retained the rule over the Southern Netherlands, they also coveted the Northern Netherlands, resulting in a very tense situation, across Europe. Rubens also served as a negotiator between the courts of Spain and England to broker peace between the two warring nations.
In 1633, it was with a sense of relief (but also of disappointment) that he decided to put an end to his diplomatic activities as they had become too much of a burden.

“Such a loss seems to me worthy of deep feeling and since the remedy for all ills is Forgetfulness, daughter of Time, I must look to her for help. But I will find it very hard to separate grief for this loss from the memory of this person…”. (Rubens, in a letter dated 1626, after the death of his first wife Isabella Brant)

“Albert is interested in ancient studies and is making progress in the Greek language.”
(Rubens, about his son, in a letter dated 1630)

Rubens married twice: in 1609, he wed the daughter of his parents’ neighbours, Isabella Brant, who died in 1626. She was the daughter of an important Antwerp city official. In 1630, he married sixteen-year old Helena Fourment. Rubens was a family man, even though he was always very busy and often absent. But he painted several portraits of family members, including of his own wife and children.
He had three children with his first wife Isabella and another five with Helena Fourment. His eldest daughter, Clara Serena, was christened in 1611. She died aged twelve. Rubens’s youngest child was born in 1641, after her father’s death.

For the love of all things Italian

“I have not given up hope that my wish to travel to Italy will yet be fulfilled. My desire only grows every day.” (Rubens, in a letter from 1629)

Rubens adored Italy. He lived and worked there for several years in his twenties, among others at the court of Mantua. In Venice he admired the work of his predecessors Titian, Veronese and Tintoretto. In Rome, the art of classical Antiquity made a great impression on him. He studied it avidly, creating a cornucopia of drawings, which is he would use later in his career, like an image database. He was also introduced to the work of his contemporary, Caravaggio.

“I have spent several thousands of florins on my home in the past year and I would not want to exceed my budget for a whim (the acquisition of Greek and Roman sculptures). I am not a prince after all, but a man who lives off the labour of his own hands.” (Rubens, in a letter dated 1618)

Rubens started to collect art and “antiquities” in his twenties, in Italy and he would continue to do this throughout his life. Over time, he acquired an outstanding collection of antique art, coins, sculptures, drawings, other works by predecessors and contemporaries, including works by painters from the Low Countries (Brueghel, Brouwer…), Germany (Dürer) and Italy (Titian, Tintoretto). Now and then Rubens also sold pieces from his prized collection.
It also served as a source of inspiration and to accentuate Rubens’s prominent status.

“I am currently very preoccupied with the preparations for the triumphal entry of the Cardinal-Infante. I have no time to live or even write.” (Rubens, in a letter dated 1634)

We have gotten to know Rubens better thanks to his correspondence. His most personal letters, to his mother and his first wife, Isabella Brant, have not been preserved. His other letters, however, reveal glimpses of a congenial man, who was capable of emotions although he was a strong believer in the force of reason. He enjoyed good company and was attentive to women. He seems to have been a very demanding man to work for.

“Here in Antwerp we live in a situation somewhere in the middle between war and peace. Yet we do experience all the misery and violence that is associated with war, without being able to enjoy the benefits of peace. Our city is gradually entering a state of decline.” (Rubens, in a letter dated 1627)

“I should like to return home and remain there for the rest of my life.” (Rubens, in a letter from London dated 1629)

Rubens received his training in his mother’s native Antwerp in the 1590s. At the time, the city was recovering from the turbulent events of the past decades. While Antwerp experienced a revival, the future would bring uncertain and difficult times. In Antwerp, Rubens developed his social network and circle of friends. He also had several clients there and received many prominent visitors in his home.
From 1608 until his death in 1640, Rubens spent the majority if his time in the city by the Scheldt, despite his many (diplomatic) missions and international travel, to Paris, London, Madrid… During the last years of his life, he often preferred to spend time on his country estate Het Steen near Mechelen. “To be honest with you, I have spent these past few months living in seclusion, in my country house which is a reasonable distance from Antwerp and far enough from the main roads.” (Rubens, in a letter dated 1636).

There is no other place in the world that boasts so many tangible traces and memories of Rubens, the master painter, as Antwerp, starting with his home and workshop in Wapper, which he partly designed himself. Because Rubens also worked as an architect. He worked, collected and lived in this house for 25 years.

“My dear Lucas,
I hope this letter reaches you before you leave Antwerp as I urgently need a panel with three large, life-size heads of my own hand… You would do me a great pleasure to send it to me immediately. Or perhaps you can bring it with you?”  (Rubens in a letter to Lucas Faydherbe, sent from Het Steen near Mechelen) 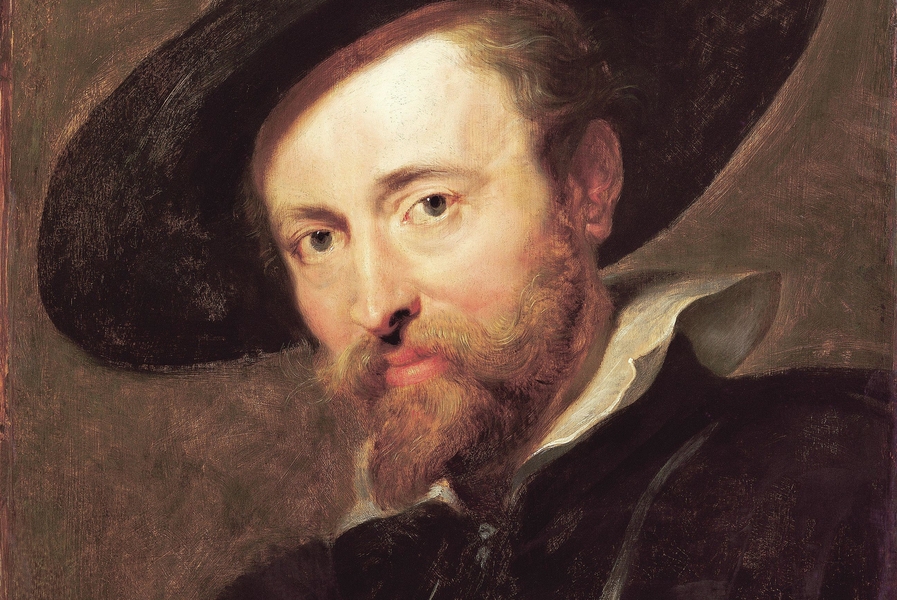